The Resurrection of “Taos Talking Pictures!”

WATCH GHOST PHONE AND YOU HAVE A CHANCE TO WIN FIVE ACRES IN TAOS, NEW MEXICO!

A VISION? Or a HALLUCINATION? Or a classic ACID FLASHBACK?

What is going on? Is this some sort of dream? Why do I do what I do? All these are fairly universal space cadet questions. I’m older now and should be giving up on those types of questions. But, nooo, I’m still eccentric and perhaps eclectic.

First let me confess I’ve consistently broken the cardinal rule of film-making which says you only use OPM (Other People’s Money) to produce your films. I’ve funded my films myself with the grace of Taos land as our sponsor. But, as a result I’m often on the verge of bankruptcy because of this passion.

I’m impatient and can’t stand the process of trying to take your script and film vision and run it through the Gladiator School of Hollywood fundraising. For a humorous view of what I’m saying, see Kevin Bacon in THE BIG PICTURE. This is similar to what I experienced in Hollywood.

Another film that applies to me is THE BIG LEBOWSKI. Many of my old high school friends thought “the Dude” was based on my early days in Venice Beach. This is not true, but in fact the real life “Dude” that inspired this Coen Brother’s character was another guy named Jeff who coincidentally had an office two floors directly above mine in Santa Monica when The Big Lebowski came out.

So, why am I writing this blog? It’s to get a flow going in relating to the viral world, i.e. my friends all around the world many of whom I’ve yet to meet. Hi, hello, nice to meet you, please don’t stalk me if I offend or attract you.

I’m writing to let you know GHOST PHONE is going to have it’s World Theatrical Premiere beginning December 6th, 2013 and running for two weeks to December 19th, 2013, EXCLUSIVELY at MITCHELL THEATRES. Yes, we’ve formed a partnership of sorts with Mitchell Theatres. They are great people to work with, humble dirt farmers in Oklahoma who have expanded into movie exhibition.  They’re excited to work with us on putting out GHOST PHONE in this highly unique and unusual way because? — I guess life is an adventure to them too.

And, we’re inviting you to join us. My new associate and partner in the Resurrection of the Taos Talking Pictures, Darien Fernandez, has brought combustion into our thinking processes and we’ve come up with a “Vision.” And here it is…

We’re putting GHOST PHONE out into the world as a test rocket, an explorer, breaking ground, setting a new paradigm for getting an independent film out before the masses. There are no clear pathways, lost hopes of hitting the homerun deal at Sundance or Toronto or Cannes, even though that’s the goal of all independent filmmakers. The filmmaker spins in confusion as I have also. Everyone is an expert out there, offering sage advice and access to their connections and knowledge, if you’ll only pay them a small fee. The pathways are not easily found, the jungle of distribution and marketing is fraught with overgrown vines, snakes and even Chupacabras. 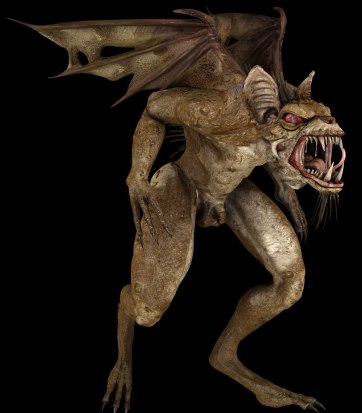 I’ve been holding back on GHOST PHONE entering this “marketing Jungle” for a few years due to a general state of confusion and doubt about how you traverse this jungle. Then about two months ago the “Vision” started to appear in the ethers as Darien and I bludgeoned about with our ideas. He’s young and naive and I’m old and cynical; a magic elixir of concepts emerged from this catalyst.

We’re the little engine that could (from that children’s book I read so many times to my kids). By giving five acres to some lucky GHOST PHONE audience member we hope that you’ll pack the theatres. The real star of our film is not Tom Cruise or Brad Pitt, but it’s land in Taos and you the audience members who support us by coming to the movie.

In our ideal goals, we will get a phenomenal turnout and the national media will pay attention. We then plan to take the movie to a wider national theatrical audience. Then we plan to set up a relationship with either HBO or IFC or AMC or FX or Showtime or Netflix for us to launch our World TV Premiere with one of them. Again, this is just a test rocket or a scout sent out to clear a path through this jungle.

The second part of the “Vision” is, it’s just about as much work to distribute 50 films as it is one film. And there is strength in numbers. So, this is where the “Resurrection of Taos Talking Pictures” comes into play.

The old and currently existing paradigm for film festivals is there’s one in almost every town these days and they’re great for the local economy and they bring films to a community that that community would probably never have an opportunity to see. But, the actual filmmakers really get very little from this endeavor. They’re kind of like Gladiators who’ve been invited to town to put on a show and what the audience’s don’t usually realize is that these “Gladiator/Filmmaker’s” have put their lives on the line to create their films. This is where we’re at with GHOST PHONE too.

So, we’ve Resurrected the name TAOS TALKING PICTURES (TTP) as a combination film festival and distribution co-op. Here’s how it will work…

We’re going to put out a call for entries for filmmaker’s to submit their films to TAOS TALKING PICTURES. We’re guessing we’ll get apx. 3,000 entries. We’re hoping that we’ll find at least 50 films out of these 3,000 which we think are inspired, innovative, stimulating and great stories to experience. The brand we hopes emerge is that we are discovering the next Tarantino, Linklater, Rodriquez, or maybe even a young Altman.

And with these first 50 films we will program our first Viral Film Festival which will serve as a combination festival and money-raiser to launch the TAOS TALKING PICTURE’S FILM CO-OP. It will take place as a KICK-STARTER CAMPAIGN where each film will be presented as a potential “Gift” on the site. So, there will be 50 different gifts in the form of films. The filmmaker whose film garners the most “Gift donations” will receive the Grand Prize of 5 Acres in Taos, NM.

What I’m theorizing is that by having 50 filmmaker’s driving their social media networks towards our KickStarter site, we will have a chance for a massive funding launch of the TAOS TALKING PICTURE’S FILM CO-OP. All 50 filmmakers will participate in the funding and profits of the TTP. Each of the 50 films participating in the first Resurrection of TTP will also have an opportunity for a theatrical release (as exemplified by GHOST PHONE) and we hope to have established a partnership of sorts for their World TV Premieres with one of the entities I referred to above. From their we work on selling the Co-op films to foreign territories and getting them effectively out into the world of Video on Demand (VOD) such as being available on iTunes, Netflix, Hulu, DirecTV, etc.

So our strength will come from the viral banding together of many filmmakers with the common goal of having their films both seen and making money on them so they can continue their careers.

Eventually, I believe we can use this viral strength in numbers to raise production funds for co-op members’ future films. We also plan to do a local version of the TTP Festival here in Taos.

We invite all of those people interested in the TTP to help us in launching this endeavor. Please feel free to contact us with your thoughts and desires along these lines. If you would please pass this on to those in your social media networks. Thanks for reading this whole thing.

And here’s the GHOST PHONE trailer.